To share your memory on the wall of Wilburn Thompson, sign in using one of the following options:

Print
Duncan: Wilburn Thompson Jr., passed away Thursday, September 5, 2019 in Duncan, at the age of 65.

Junior was born Wednesday, March 10, 1954 in Lawton, OK, to Wilburn Sr.and Elizabeth (York) Thompson. He had lived in the Duncan area for more than 42 years and had graduated from Marlow High School. He attend college at Haskell Junior College and East Central College. Junior married the love of his life, Dianna Shannon in Marlow on September 20, 1971. They had been married for 47 wonderful years before his passing. Junior was an active member in the community with the youth. He coached youth football, baseball, wrestling, and track for more than 20 years. Junior also enjoyed umpiring and chief for little league baseball for more than 15 years. He also was active with the OSSAA football and wrestling official for more than 40 years. Although Junior enjoyed mentoring young athletes; his most prized time was spent with his grandchildren that he loved and adored. He was a member of the First Baptist Church in Marlow.

Junior was preceded in death by his parents, a sister, Annabell Stiger, and a brother-in-law, Darrel Shannon.

Memorial Contributions can be made to the Cancer Center of Southwest Oklahoma in Junior's Honor.

Honorary Pallbearers will be: the members of Junior's Football Officiating Crew.

To send flowers to the family or plant a tree in memory of Wilburn Thompson Jr., please visit our Heartfelt Sympathies Store.

Receive notifications about information and event scheduling for Wilburn

We encourage you to share your most beloved memories of Wilburn here, so that the family and other loved ones can always see it. You can upload cherished photographs, or share your favorite stories, and can even comment on those shared by others.

The Potts family, OKWA Board, and other have sent flowers to the family of Wilburn Thompson Jr.
Show you care by sending flowers

The Potts family purchased the The FTD Pastel Peace Basket for the family of Wilburn Thompson. Send Flowers

Posted Sep 10, 2019 at 07:38am
Our deepest condolences and prayers for the family. Jr. was always loved by the kids, parents, and coaches in the wrestling community.

OKWA Board purchased flowers for the family of Wilburn Thompson. Send Flowers

Posted Sep 09, 2019 at 05:25pm
Wrapping the Thompson family in loving arms of prayer and solace during this time. Praying for comfort and love for you all!

Posted Sep 09, 2019 at 12:30pm
Please accept our most heartfelt sympathies for your loss... Our thoughts are with you and your family during this difficult time. 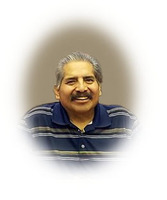