To share your memory on the wall of William Garrett, sign in using one of the following options:

Print
Rush Springs: William Harold Garrett, passed away Tuesday, February 5, 2019 in Duncan, at the age of 74.

Funeral Services will be held at 2:00 PM, Monday, February 11, 2019, at the Callaway-Smith-Cobb Chapel in Marlow. Burial will foll... Read More
Rush Springs: William Harold Garrett, passed away Tuesday, February 5, 2019 in Duncan, at the age of 74.

William was born Wednesday, March 15, 1944 in Bray, to Lorenzo Dow and Hazel (Davis) Garrett. He attended Bray School. William lived in the Stephens and Grady county areas all of his life where he enjoyed working on his farm. William married the love of his life, Prudie Linea Garrett in Marlow in 1977. They enjoyed many wonderful years with one another until Prudie's passing in June of 2013. William was an avid outdoorsman that enjoyed fishing and hunting as well as hunting for arrow heads. He enjoyed taking walks down creeks and playing bingo. William loved spending time with his family and telling stories.

Along with his wife of 36 years, William was preceded in death by his parents, 2 son-in-laws, Gordon Pipkin, Steven Pruitt, 2 sisters, Hellen Price, Linda Price, a brother, Robert L. Garrett.


Pallbearers will be: his grandsons.

To send flowers to the family or plant a tree in memory of William Harold Garrett, please visit our Heartfelt Sympathies Store.

Receive notifications about information and event scheduling for William

We encourage you to share your most beloved memories of William here, so that the family and other loved ones can always see it. You can upload cherished photographs, or share your favorite stories, and can even comment on those shared by others.

Guaranteed hand delivery by a local florist
B

Posted Feb 07, 2019 at 09:42pm
My deepest sympathy to William's family for your loss. He was a very kind man. May God wrap you all in his arms and bring you comfort through your time of grief.
Brenda Kelly
Comment Share
Share via:
Posted Feb 07, 2019 at 02:04pm
William was my mom brother my mom loved him he always take care of his sister by bringing her & family I will always remember him and my cousin going too house and him telling us too not talk when we was in bed lol.he will always be in my heart rip uncle William. Bea price
Comment Share
Share via: 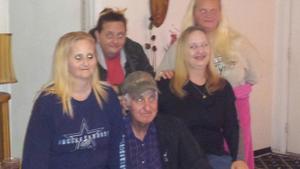 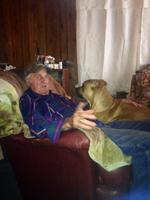 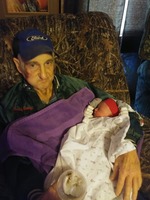