To share your memory on the wall of Willis Jorgenson, sign in using one of the following options:

The family will hold a private service Friday, February 5, 2021. Burial will be in the Duncan Cemetery under the direction of Callaway-Smith-C... Read More
Chickasha: Willis Gene Jorgenson, 90, passed away Monday, February 1, 2021 in Chickasha, OK.

Willis Gene Jorgenson was born at the family farm in Stephens County Oklahoma
to A.C. Bud and Ella (Barnes) Jorgenson. Gene joined his brothers; A.J., Paul,
and cousin Bill, working on the farm, playing guitar in the family band and running
around the countryside with best friends; the Adams, Buben, Giddons, Foster,
Pollock, Baker, Prater, and Byford boys.
After graduating from Duncan High School, Gene worked as an automotive
machinist and auto parts manager at Swinebroad Motors in Duncan. He met
Blanche Howard, the love of his life, and they married in August of 1950. They
served the Lord together for almost 69 years until May of 2019 when she went to
her Heavenly home.
Gene and Blanche have one child, Karen (Ron) Smith, three grandchildren; Ginger
(Joe) Burke, Kristy (Aaron) Kuglin, and Austin Campbell (Hannah Ziebach), and
eight great-grandchildren; Taylor, Caleb, Hudson, Esther, Daniel, Joanna, Rachel
and Simeon.
He is also survived by his younger brother, Paul Jorgenson, many nieces, nephews
and cousins. He was preceded in death by his parents, older brother, A.J.
(Frankie) Jorgenson, and sister-in-law Helen Jorgenson.
Gene gave his heart to Jesus as a 16-year-old during a revival meeting preached
by Rev. Loftus Nunley and was baptized. In 1953, he was called to preach while
serving in the United States Air Force in Wichita Falls, Texas during the Korean
Conflict. He received a B.A. from Hardin-Simmons University in 1958 and
attended Southwestern Baptist Theological Seminary in Ft. Worth, Texas while
pastoring surrounding churches.
He spent most of his pastorate in Texas which covered a span of almost 27 years
beginning in Salesville (where he also taught Grades 5-7 in the two-room school
and was the bus driver), then Trent, Lipan, Weatherford, Memphis, Kermit, Dallas
and DeSoto. His church ministry was always evangelism and missions centered.
He led and shared in revivals and evangelistic campaigns across the nation and in
several foreign countries. He had a heart for telling people about Jesus and no
doubt led countless people to a personal relationship with Jesus Christ.
After serving the Texas churches, Gene joined the staff of the Baptist General
Convention of Texas as the Resident Specialist on personal soul winning. He

wrote many witnessing tracts and created training materials. For eight years, he
lived and breathed creating the tools to make personal soul winning easier for
everyone. He traveled around the state to help associations and churches
throughout Texas equip their lay persons to share their faith by leading Personal
Evangelism Institutes, WIN Schools and Sunday School ACTION Clinics.
In 1987, God opened the door for him to return to Oklahoma and was called to
Pastor First Baptist Church, Marlow for six wonderful years. Gene retired from
FBC Marlow in 1993 to work as a Consultant for the SBC Home Mission Board to
plan two nationwide Evangelism events; Celebrate Jesus 2000 and Share Jesus
2000. He was assigned 16 states, including Alaska. He wrote materials and led
training in all 16 states. He also began to serve as Interim Pastor in several
Oklahoma Churches to provide continuity and guidance for churches who had lost
their Pastor. Over the following 26 years, he served at 24 interims pastorates all
over south-central Oklahoma.
Gene loved people from all walks of life. He was a peacemaker, an encourager,
kind and generous, creative, very organized, and a total goofball. He loved to
make people laugh and loved to entertain with his guitar and special songs such
as The Baptist Moan….about having to watch the clock when he preached
because the Dallas Cowboys'' kickoff was at noon! He wrote beautiful poetry and
even penned a Western Novel trilogy.
He was a remarkable father…taking his young daughter fishing, skating, mini-
golfing, swimming and attending many, many piano recitals (thanks daddy). They
sang Hang Williams Jr., Ernest Tubbs, Bob Wills and more. He adored his wife and
provided their every need and a LOT more. When his grandchildren came along,
Papa carried on with new traditions; Texas Ranger games, countless Little League
games, band concerts and recitals, then graduations and weddings.
He loved to tell people the Good News that Jesus loves them. He shared that
message all over America and the uttermost parts of the earth. He had a servant
heart. He was wise and humble. He never wavered from God''s word. His
deepest desire was that people would come to know and live for Jesus as their
Savior.
The family would like to thank Dr. Williams and the medical staff at Oklahoma
Heart Hospital, Frontier Hospice, Callaway Smith andamp; Cobb Funeral Home, and
above all, the staff and friends at Brookdale Assisted Living who provided not only
loving care, but prayers, encouragement and friendship over the past two years.
In lieu of flowers, the family would suggest that donations be made to Mission
Dignity.Org.

Online condolences may be made to www.CallawayCmithCobb.com

To send flowers to the family or plant a tree in memory of Willis Gene Jorgenson, please visit our Heartfelt Sympathies Store.

Receive notifications about information and event scheduling for Willis

We encourage you to share your most beloved memories of Willis here, so that the family and other loved ones can always see it. You can upload cherished photographs, or share your favorite stories, and can even comment on those shared by others.

Posted Feb 02, 2021 at 08:24pm
Bro. Gene was among men that I respected most. I sought his wisdom on more than one occasion. My late husband, Tom, thought highly of him. It was under Bro. Gene’s leadership that Tom came to be baptized and join FBC Marlow. I rejoice at his entry into eternal life with Jesus. I plan to see him again there!! Love to Karen and all the family. God bless you all.
Comment Share
Share via:
PJ 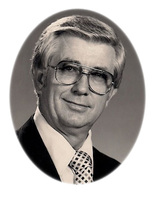