To share your memory on the wall of Bobby Floyd, sign in using one of the following options:

Joe was born Wednesday, March 9, 1932 to Robert Ernest Floyd and Nola Gertrude Wilcoxson at their home on Wild Horse Creek near Marlow. Joe was happily married for over 50 years to his wife, Ruby, who passed away in 2007. He married Ruby Brown on October 15, 1956 in Marlow. Joe joined the National Guard when he was 18 years old. He was mobilized on September 1950 to the 45th Division, 180th Infantry Regiment, Company B and served in Korea in 1951 and 1952. He looked forward to the Annual Company B Reunions for almost 30 years.
After his marriage to Ruby in 1956 they moved several times to different areas in Oklahoma and Texas before settling in south Oklahoma City in 1958. That year Joe began working at Canadian Valley Meat Company, where he remained until his retirement in 1993. After retirement he and Ruby returned to the Marlow area where they lived on Lake Humphrey. In 2015, he moved into the Lawton Veterans Center.

He is survived by his daughter, Sheree Hicks and husband Rick of Marlow, his son, Joe Floyd of Raleigh, NC, three grandchildren, Zachary Hicks, Dedra Hicks, and Kalli Hicks all of Oklahoma City, two sisters, Karleen West of Konawa and Martha Young and husband Rick Young of Chickasha, and many nieces and nephews.

Donations can be made to the Stephens County Honor Guard in Joe's honor.

Pallbearers will be: his family.

To send flowers to the family or plant a tree in memory of Bobby Joe Floyd, please visit our Heartfelt Sympathies Store.

Receive notifications about information and event scheduling for Bobby

We encourage you to share your most beloved memories of Bobby here, so that the family and other loved ones can always see it. You can upload cherished photographs, or share your favorite stories, and can even comment on those shared by others.

Posted Jun 19, 2020 at 05:18pm
As a cousin of Joe, I, Donald L. Wilcoxson, while growing up on a farm near Chattanooga, OK in the 1940's, can remember my dad, Otto, speaking highly and quite often of Joe. I could tell that Joe was a favorite nephew of my dad as I heard him mention quite often about not getting to see and visit Joe and his family as he would have liked.
My wife, Kay, and I offer our sincere condolences to the Floyd family.
Comment Share
Share via: 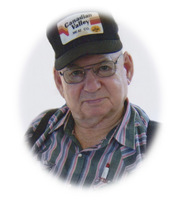 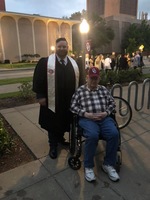