To share your memory on the wall of Don Goodrich, sign in using one of the following options:

Don Wayne Goodrich was born on his grandparents farm east of Marlow, Oklahoma on June 11, 1929. He was welcomed into the family by his parents... Read More
Marlow: Don Wayne Goodrich, passed away Sunday, April 5, 2020 at Duncan, at the age of 90.

Don Wayne Goodrich was born on his grandparents farm east of Marlow, Oklahoma on June 11, 1929. He was welcomed into the family by his parents, Gertie (Byrd) Goodrich and Kenneth Dale Goodrich. He attended school in Marlow graduating with the Class of 1947. Don could tell many tales of his participation in track, football and basketball. He served in the United States Air Force from 1950 to 1954. Don was stationed on Iwo Jima and at Tyndall Base in Florida. Returning to Marlow, he worked at Halliburton. On June 8, 1956, Don married the former Gwen Gayle Pollard. This year would have been their 64th wedding anniversary. In 1957, he was employed by Security Rock Bits of Dresser Industries, spending time in Duncan, Oklahoma, Pampa, Texas and Oklahoma City, Oklahoma. Retiring in 1985, Don returned to the farm where he was born to raise cattle and enjoy the country life by fishing, playing golf and bird watching. He and Gwen spent many trips traveling the United States and Europe.

He is preceded in death by his parents and sister, Lois Lee Goodrich Bell.

Receive notifications about information and event scheduling for Don

There are no events scheduled. You can still show your support by sending flowers directly to the family, or planting a memorial tree in memory of Don Wayne Goodrich.
Plant a Tree

We encourage you to share your most beloved memories of Don here, so that the family and other loved ones can always see it. You can upload cherished photographs, or share your favorite stories, and can even comment on those shared by others.

Thank to you guys for your thoughtfulness. My dad cherished you and had many memories of the both of you. May the tree grow as big and strong as Don was in life!
JL

Posted Apr 08, 2020 at 05:10pm
Have a great trip Uncle Don! I love you and will miss you terribly. Tell Granny and Mom I said hello and send my love.
Comment Share
Share via:
KG

Thank you Joe Wayne. He always had a special place in his heart for you and loved your phone calls and visits to the farm
MG

Posted Apr 06, 2020 at 07:16pm
You lit up the room every time you were in it. Im going to miss your kisses on my cheek and the countless bear hugs. I miss you already, Grandpa.

Gwen so sorry. We will keep you in our prayers. Bob and Beverly Byrd McCown 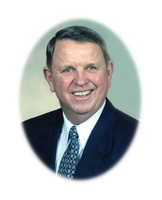 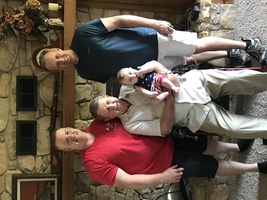 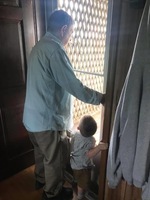