To share your memory on the wall of Donald Johnson, sign in using one of the following options:

Graveside services will be held at 2:00 PM, Friday, January 22, 2021, at the Marlow Cemetery with Joey Wages officiating. Burial will be the direction of Callaway-Smith-Cobb Funeral and Cremation Services in Marlow.

Don was born Wednesday, May 29, 1940 in Marlow, to Clyde and Nancy (Perrine) Johnson. Don and his family later moved to Wichita, KS., and he was a 1958 graduate of West High School. He was a proud member of the United States Marine Corp from 1959 to 1965. After exiting the Marine Corp, he continued his education at Wichita State University, earning his Bachelor's Degree in Business Administration. Don worked as a buyer for several different companies throughout his career including Fleming Inc., Nobel-Sysco Food Services, and Leprino Foods. Don deicded to make Colorado his home for over 45 years, and he enjoyed the mountains and adventures of all that Colorado had to offer. In his younger days he was known to take in the sites on his bike, motorcycle, or his beloved corvette. He always chose to take the back roads instead of the interstate, no matter how much longer it took to reach the destination. Don often spent his free time at car shows, flea markets, and the Palisade's Peach Festival. On any day of the week, you could find Don, also known by his friends as DJ, passing time with his friends and acquaintances, discussing the events of the day, politics, and cheering the Denver Broncos on to victory.

Donald was preceded in death by his parents, brother, Jack Cowger, and sister, Shirley Ford.

In lieu of flowers, memorial contributions can be made to Folds of Honor, Dept 13, Tulsa, OK., 74182

To send flowers to the family or plant a tree in memory of Donald E Johnson, please visit our Heartfelt Sympathies Store.

Receive notifications about information and event scheduling for Donald

We encourage you to share your most beloved memories of Donald here, so that the family and other loved ones can always see it. You can upload cherished photographs, or share your favorite stories, and can even comment on those shared by others.

Posted Jan 24, 2021 at 10:43am
I was so sorry to hear of Don’s passing, just days after my brother Geoff Brown. DJ and Geoff were best of friends and had such great memories with their motorcycles, corvettes, traveling to lots of car shows and just hanging out. It was a friendship that spanned many years. I got to know Don a little bit myself and really enjoyed our conversations. He was a wise and interesting man. I know he will be missed by many. Thanks to Debbie Tucker for letting us know of his passing. Blessings and love to you and your family. Linell Brown Schroeder
P. S. Attaching a photo of Geoff
Comment Share
Share via:
TH

Posted Jan 20, 2021 at 05:04pm
I haven't been in contact with Don for several years but have often thought of him. He was a very giving individual and would lend a hand to anyone that needed it.
My favorite memory of him was when we worked together at Leprino Foods. All of us girls in the purchasing department used to tease him about his stuffed pheasant that we displayed in his office. We decided one day to kidnap the pheasant (nicknamed Rocco the Cocco) and demand that he pay ransom for his safe return. Needless to say, he didn't think that was too funny at the time, but later he did laugh about it. We always played pranks on him because he had a great sense of humor.
He will be missed by many!

Posted Jan 18, 2021 at 01:55pm
One of my favorite memories of DJ (and one he never let me forget) took place many summers ago in Idledale, Colorado. Don drove his Corvette up to my home there and we drove to Little Park for the town picnic. He immediately made friends with the local cop, then offered to trade ME for the keys to the police car, providing he was permitted to drive the car up lower Bear Creek canyon, AND use the siren ("sireen"). Suffice to say, Don got his part of the deal. You just couldn't say no to Don.
But I will remember DJ most for his strength, determination and optimism. Adversity only seemed to increase his fight for independence. In recent years he amazed me with what we mostly attributed to stubbornness.
I will miss you Donald Johnson.
Jan Wernstrum 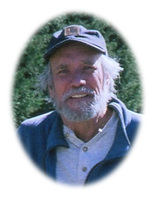