To share your memory on the wall of Duane Hayes , sign in using one of the following options:

Provide comfort for the family of Duane Hayes with a meaningful gesture of sympathy.

Funeral Services will be held at 10:30 AM, Monday, August 19, 2019, at the Vimy Ridge Baptist Church, with Rev. David Hale officiating. Burial will follow in the Rush Springs Cemetery. All arrangements have been entrusted to Callaway-Smith-Cobb Chapel in Rush Springs. Family visitation will be Saturday, August 17, 2019 at 6:00 PM to 8:00 PM.

Duane was born Thursday, April 20, 1933 in Pea Ridge, OK, to Noah "Jake" O. and Noami Glenella (Hill) Hayes. He lived in the Grady County area all of his life and had attended school at Pea Ridge Schools. Duane married the love of his life, Vinita Rose Davis in Cox City on October 24, 1953. They were married for 65 wonderful years before his passing. Duane served in the United States Army and also worked for Grady County as a gravel truck driver. He enjoyed taking care of his cattle and working on his tractor. Duane liked to watch his grandchildren's sporting events and other basketball games. He enjoyed watching wrestling on T.V. and Bonanza as well as rodeos. Duane loved spending quality time with his family and cherished it dearly. He will be missed greatly by everyone that knew him.

Duane was preceded in death by his parents, and a sister, Billie Jean Clements.

We encourage you to share your most beloved memories of Duane Hayes here, so that the family and other loved ones can always see it. You can upload cherished photographs, or share your favorite stories, and can even comment on those shared by others.

Posted Aug 16, 2019 at 10:50pm
May God comfort each and everyone with loving memories of Duane. You are in our thoughts. Susan (Lawrence) & Randy Green.
Comment Share
Share via: 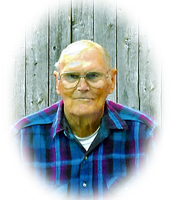