To share your memory on the wall of James Inman, sign in using one of the following options:

Due to the continuing health crisis, a memorial in Codie's honor is going to be scheduled at a later date. Please continue to check back at the ... Read More
Marlow: James Codie Inman, passed away Tuesday, April 21, 2020 in Temple, at the age of 68.

Due to the continuing health crisis, a memorial in Codie's honor is going to be scheduled at a later date. Please continue to check back at the funeral home website for updates. Cremation and all arrangements have been entrusted to the Callaway-Smith-Cobb Funeral and Cremation Services in Marlow.

Codie was born Saturday, June 23, 1951 in Oklahoma City, to Bill and Ettie Phillip (Lee) Inman. He lived in the Stephens County area all of his life and had graduated from Choctaw High School. Codie married the love of his life, Carol Dianne Sandt in Duncan on July 17, 1971; they were married for 44 wonderful years before Carol's passing on February 13, 2015. Codie worked for more than 42 years for Haliburton before retiring. He served in the United States Airforce as well. Codie loved to fish especially if it was with his grandchildren. He enjoyed cheering on all of his grandchildren that called him Tataw. Codie was an inspiration to so many people and enjoyed telling people about Jesus as well as serving as a deacon of the First Baptist Church in Marlow. He love spending time with his family.

Along with his loving wife, Codie was preceded in death by his parents and a sister, Eva Inman.

Receive notifications about information and event scheduling for James

There are no events scheduled. You can still show your support by sending flowers directly to the family, or planting a memorial tree in memory of James Codie Inman.
Plant a Tree

Posted Apr 29, 2020 at 03:46pm
Always thought Codie was fun and sweet. We attended church together in Nicoma Park. Sympathy for you all.
Comment Share
Share via:
CC

Posted Apr 22, 2020 at 05:32pm
Codie was a great brother in law. Such a kind warm hearted man who loved my sister and his family. Rest In Peace brother. Dick and Susan Sandt.
Comment Share
Share via: 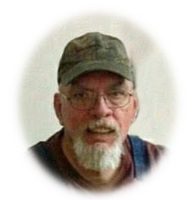