To share your memory on the wall of Jerry Condit, sign in using one of the following options:

Provide comfort for the family of Jerry Condit with a meaningful gesture of sympathy.

Funeral Services will be held at 2:00 PM, Monday, March 25, 2019, at the Glory Bound Church, with Rev. David Woods officiating. Burial will follow in the Purdy Cemetery under the direction of Callaway-Smith-Cobb Funeral and Cremation Services in Marlow.

Jerry was born Thursday, April 28, 1938 in Doyle, to Tom Sam and Virgie Livina (Turner) Condit. He had lived in the Foster area all of his life and graduated from Doyle High School. Jerry was a well known farmer and rancher in the Foster area. He married Irene Woods on November 5, 1960 in the Pearl Church in Foster and they later divorced. Jerry loved to socialize with his family and friends. He enjoyed checking on his cows and his Beechnut chewing tobacco. Jerry loved to watch westerns of any kind and had raised fighting chickens for many years. He will be dearly missed by everyone that knew him.

Jerry was preceded in death by his parents.

We encourage you to share your most beloved memories of Jerry here, so that the family and other loved ones can always see it. You can upload cherished photographs, or share your favorite stories, and can even comment on those shared by others.

Posted Mar 26, 2019 at 05:28pm
Dear family. I am very sorry to have read of the recent death of your loved one, Jerry. Please accept my sincere condolences. I would like to share something that I have personally found to be very comforting. It is found in the Bible at John 5:28,29 and also Revelation 21:3-5. These verses tell us that soon God is going to bring about a resurrection of our dear loved ones, as well as do away with all of the many causes we have for suffering, including sickness, pain & death. At that time, will have the opportunity to Knowing these truths have always comforted me and it is my hope that these thoughts from the Bible will likewise comfort your family and will also ease some of your pain during this most difficult time in your lives.
Comment Share
Share via:
DR

Posted Mar 24, 2019 at 11:13am
To the family of Jerry my condolences. I have so many fun memories back in the days when I was the “designated driver” for Jerry and John. We had some good times running the road in Lindsay. RIP. Don Reynolds, Gladewater Texas
Comment Share
Share via:
HS

Posted Mar 22, 2019 at 04:42pm
We are thinking of you during this difficult time. Archibeque Team

Flowers were purchased for the family of Jerry Condit. Send Flowers

Posted Mar 22, 2019 at 03:23pm
Wishing you peace to bring comfort, courage to face the days ahead and loving memories to forever hold in your hearts.

Posted Mar 22, 2019 at 11:34am
I remember when Uncle Jerry ran the chicken fights at Doyle and Jennifer and I worked the concession stand for him sometimes,, good memories!! U are def missed and loved!!
Comment Share
Share via: 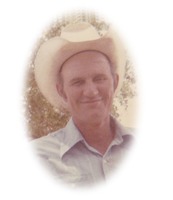