To share your memory on the wall of Jerry Warren, sign in using one of the following options:

Jerry was born Saturday, April 7, 1945 in Marlow, to John Everett and Lilla Jane (Wortham) Warren. He was born and lived in Marlow his whole... Read More
Marlow: Jerry Wayne Warren, passed away Wednesday, October 14, 2020 in Marlow, at the age of 75.

Jerry was born Saturday, April 7, 1945 in Marlow, to John Everett and Lilla Jane (Wortham) Warren. He was born and lived in Marlow his whole life. Jerry graduated with the Marlow High School class of 1964 and proudly served in the Oklahoma National Guard. On November 20, 1965 Jerry married the love of his life, Judy Morrison, in Wichita Falls, TX. They were happily married for 54 years. Jerry loved the outdoors, especially working on his farm where he could usually be found training his horses. Jerry enjoyed gardening and going to rodeos, and loved to watch his grandchildren in their various sporting events. He was truly a man of many talents; He even took up cooking and would make the holiday meals for his family.

He was preceded in death by his parents, and 2 brothers, Jackie Warren and Everett Lee Warren.

To send flowers to the family or plant a tree in memory of Jerry Warren, please visit our Heartfelt Sympathies Store.

Receive notifications about information and event scheduling for Jerry

We encourage you to share your most beloved memories of Jerry here, so that the family and other loved ones can always see it. You can upload cherished photographs, or share your favorite stories, and can even comment on those shared by others. 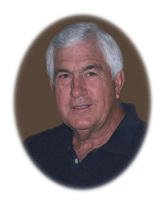