To share your memory on the wall of Kenneth Trusty, sign in using one of the following options:

Print
Marlow: Kenneth Wayne Trusty, passed away Thursday July 25, 2019 in Rush Springs, at the age of 84.

Funeral Services will be held at 2:00 PM, Tuesday, July 30, 2019, at the Vimy Ridge Baptist Church, with Rev. David Hale officiating. Burial will follow in the Westview Cemetery under the direction of Callaway-Smith-Cobb Chapel in Rush Springs. There will be a family visitation on Monday, July 29 from 6:00 - 8:00 at the funeral home.

Kenneth was born Sunday, June 9, 1935 in Rush Springs, to John Ezra and Opal Lee (Mannor) Trusty. He had attended The Pea Ridge, Rush Springs, and Cox City Schools and had lived in the Grady county area for 75 years of his life. He married his lovely wife Merrell on May 28, 1966. Kenneth worked as a metal sheer operator for Cline’s Manufacturing in Rush Springs for 10 years he also worked for Arthur Base Construction several years. He worked several years for Baker Oil and retired from Grady County District 3 as a road grader operator after many years of service. Kenneth loved playing guitar and singing along with the Rag-timers Country Western Band. Kenneth had a fierce love of farming and ranching matched only by his love for his son Kevin his grand kids and both of his dogs Bitty and Peety. He also loved spending time with his grand kids on the basketball court. He helped build the Rush Springs Baseball Fields in the Jeff Davis Park along with Don Hayes and several other parents. He also coached many years in the little league baseball arena. He will be missed dearly by everyone. Kenneth was also a member of the Denton Baptist Church.

In addition to his parents and wife, Kenneth was preceded in death by his sister, Lolamae Kimbro, 2 brothers, Emitt Trusty and Eugene Trusty, and grandchild Autumn Trusty.

Honorary Pallbearers will be: Ems, Fire and Police, and the rest of the City of Rush Springs employee’s.
Special mention to his dearest friends Duane Hayes and the late Bill Fox.

To send flowers to the family or plant a tree in memory of Kenneth Wayne Trusty, please visit our Heartfelt Sympathies Store.

Receive notifications about information and event scheduling for Kenneth

We encourage you to share your most beloved memories of Kenneth here, so that the family and other loved ones can always see it. You can upload cherished photographs, or share your favorite stories, and can even comment on those shared by others.

Posted Jul 29, 2019 at 11:56am
Kevin and family
We are so sorry for your loss, may God comfort you guys during this rough time
Our thoughts and prayers are with you.
Jeff and Belinda McGuire and family
Comment Share
Share via:
LL

Posted Jul 27, 2019 at 09:24pm
Dear Kevin and family, I am so sorry about your Dad's passing. He was really an outstanding man. So glad I knew him. LaDeen Loveless

Posted Jul 27, 2019 at 02:34pm
When I was a kid, several people gathered at various homes for music. I remember how beautifully he sang . He was always such a nice person to be around.
Comment Share
Share via: 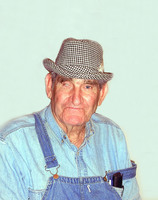