To share your memory on the wall of Kevin Riegel, sign in using one of the following options:

At this time no service are scheduled. Cremation and all arrangements have been entrusted to Callaway-Smith-Cobb Funeral and Cremation Service... Read More
Marlow: Kevin Keith Riegel, passed away Wednesday, July 17, 2019 in Marlow, at the age of 64.

At this time no service are scheduled. Cremation and all arrangements have been entrusted to Callaway-Smith-Cobb Funeral and Cremation Services in Marlow.

Kevin was born Thursday, February 24, 1955 in Elles Worth, KS, to Robert and Alberta Lane (Reed) Riegel. He lived in the Stephens county area most of his life. Kevin married Deborah Krom in Saint John, Kansas on January 12, 1973. They were married for 46 years before his passing. Kevin drove a truck for many years before retiring to return home to enjoy spending time with his family. He liked collecting and polishing rocks. Kevin enjoyed fishing and loved his dogs.

Kevin was preceded in death by his father, Robert Riegel, his step-father, J.L. Lane, and a brother, Robbie Riegel.

Receive notifications about information and event scheduling for Kevin

There are no events scheduled. You can still show your support by sending flowers directly to the family, or planting a memorial tree in memory of Kevin Keith Riegel.
Plant a Tree

We encourage you to share your most beloved memories of Kevin here, so that the family and other loved ones can always see it. You can upload cherished photographs, or share your favorite stories, and can even comment on those shared by others.

Plant a Tree in Memory of Kevin
Plant a tree 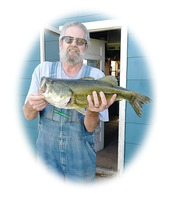