To share your memory on the wall of Leone Brantley, sign in using one of the following options:

Print
Duncan: Leone Holt Brantley, 90, peacefully passed from this life to be with her Lord on November 19, 2020 in Duncan .

Due to COVID risks, a private service will be Tuesday, November 24, 2020, at 2:00 PM. Burial will be under the direction of Callaway-Smith-Cobb Funeral Home in Marlow.

Leone was born Sunday, September 21, 1930 to George and Katie Lea Holt. She was born in Marlow, but lived all around the country. She married her beloved husband, Lonnie Brantley in 1946, in Clovis, California. The family moved to numerous towns and states following his work in the oil business. Lonnie and Leone eventually returned to and settled in Duncan. Although Leone worked in several jobs throughout the years, she retired from R&S #2 in 1995. She was a loving mother to her two daughters, Judy and Debbie. Her life was her family.

She is survived by daughters, Judy Music and husband Don of Colorado, and Dr. Deb Brantley of Duncan, her sister Bonnie Coe of Alabama, brother-in-laws and sister-in-laws. She also leaves behind her grandson, Jim Music and wife Tami of Washington, granddaughter Sandy Johnston and husband Tom of Florida, six great grandchildren, six great great grandchildren, and many nieces and nephews. Due to COVID risks, there will not be a public memorial service. Memorials may be made to the Alzheimer's Association. The family thanks the wonderful administration and staff at Elk Crossing Nursing for the loving care they gave her during her battle with Alzheimer's the last several years. She will be missed by all who knew her.

She was preceded in death by her parents, her husband, her brothers, Albert and Deo Holt, sister Correne Whaley, and several beloved brother-in-laws, sister-in-laws, and nephews.

Receive notifications about information and event scheduling for Leone

There are no events scheduled. You can still show your support by sending flowers directly to the family, or planting a memorial tree in memory of Leone Holt Brantley.
Plant a Tree

We encourage you to share your most beloved memories of Leone here, so that the family and other loved ones can always see it. You can upload cherished photographs, or share your favorite stories, and can even comment on those shared by others.

Posted Nov 20, 2020 at 11:48am
It was a pleasure to have gotten to know Ms. Brantley. She was always so kind and friendly to me and my peers as we helped her with her medical needs.
Comment Share
Share via: 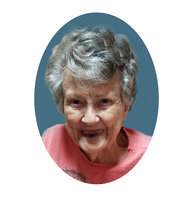