To share your memory on the wall of Mary Taylor, sign in using one of the following options:

Mary was born Monday, July 21, 1924 in Sterling, OK. to Sidney and Sallie (Morse) Blankenship. She Graduated from Cameron College where she met Ivar Stromberg who was stationed at Fort Sill. They were married on March 25, 1944 in Denton Baptist Church. They lived in Iowa for a number of years where she worked at a grocery store. They moved back to Oklahoma where she worked as a salesclerk at Sears. Mary and Ivar celebrated 57 years of marriage before he preceded her in death in 2001. Mary expanded her love to include Jack Taylor whom she married on January 4, 2003, and he preceded her in death in 2008. She was a longtime member of Central High Baptist Church. Mary enjoyed genealogy, crafts, going to church, making friends on Facebook, and she mostly enjoyed spending time with her family. She was very well loved and will be deeply missed by all who knew her.

She was preceded in death by her two husbands and her parents.


The family will be holding a private memorial service at a later date.

Memorial Contributions may be made to Central Baptist Church, Central High and the Baptist Home for Girls, in Madill, OK.

To send flowers to the family or plant a tree in memory of Mary Ellen Taylor, please visit our Heartfelt Sympathies Store.

Receive notifications about information and event scheduling for Mary

We encourage you to share your most beloved memories of Mary here, so that the family and other loved ones can always see it. You can upload cherished photographs, or share your favorite stories, and can even comment on those shared by others.

3 trees were planted in the memory of Mary Taylor 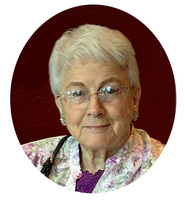