To share your memory on the wall of Odell Elroy, sign in using one of the following options:

Odell was born Tuesday, July 14, 1936 in Marlow, OK, to Gordon and Edna (McDaniel) Elroy. He attended school in Marlow and lived in the Marlow area his whole life. Odell proudly served in the United States Army. On August 26, 1957, Odell married the love of his life, Uvon Sullins, in Lawton. They were together for 63 years before her passing. Odell worked for Haliburton as a welding inspector for 33 years. He loved spending time with his family, and whether he was working on cars or building playground equipment for his grandchildren, he enjoyed tinkering.

He was preceded in death by his parents, wife, and 4 brothers, Glenn, Carl , Tom , and Neal Elroy.

To send flowers to the family or plant a tree in memory of Odell Elroy, please visit our Heartfelt Sympathies Store.

Receive notifications about information and event scheduling for Odell

We encourage you to share your most beloved memories of Odell here, so that the family and other loved ones can always see it. You can upload cherished photographs, or share your favorite stories, and can even comment on those shared by others.

Your QA and Lab Family sent flowers to the family of Odell Elroy.
Show you care by sending flowers

Your QA and Lab Family

Your QA and Lab Family purchased flowers for the family of Odell Elroy. Send Flowers 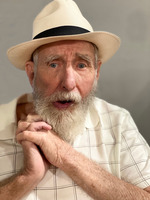