To share your memory on the wall of Oran Womack, sign in using one of the following options:

Provide comfort for the family of Oran Womack with a meaningful gesture of sympathy.

At the family's request cremation has taken place and a memorial service is not scheduled at this time. All arrangements have bee... Read More
Duncan: Oran "Punkin" Charlie Womack, Jr., passed away Friday, March 1, 2019 in Duncan, at the age of 50.

At the family's request cremation has taken place and a memorial service is not scheduled at this time. All arrangements have been entrusted to Callaway-Smith-Cobb Funeral and Cremation Services in Marlow.

Punkin was born Thursday, September 5, 1968 in Marlow, to Oran Charlie and Mary Jane (Berry) Womack. He had lived in the Stephens county area all of his life and had attended the Bray High School. Punkin had work as a carpet layer for many years. He enjoyed repairing small engines and drawing. Punkin loved to BBQ and spending time with his family. He will be greatly missed.

Punkin was preceded in death by his grandparents.

Receive notifications about information and event scheduling for Oran

There are no events scheduled. You can still show your support by sending flowers directly to the family, or planting a memorial tree in memory of Oran Charlie Womack Jr..
Plant a Tree

We encourage you to share your most beloved memories of Oran here, so that the family and other loved ones can always see it. You can upload cherished photographs, or share your favorite stories, and can even comment on those shared by others.

Plant a Tree in Memory of Oran
Plant a tree
0 trees have been planted in memory of Oran Charlie Womack Jr.
CF

Posted Mar 02, 2019 at 08:01am
Punkin, you are going to be missed so much there was not 1 time that you wouldn't have me rolling on the ground laughing love you brother

Chris Lewis and Lewis family purchased flowers for the family of Oran Womack. 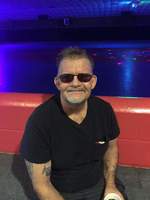