To share your memory on the wall of Ralph Rigdon, sign in using one of the following options:

Ralph was born to Pete and Doris (Leland) Rigdon in Guthrie. He grew up in Marlow and graduated with the class of 1955. He was an exc... Read More
Marlow: Ralph Sy Rigdon of Duncan, passed away at home on Wednesday, October 21, 2020 at the age of 84.

Ralph was born to Pete and Doris (Leland) Rigdon in Guthrie. He grew up in Marlow and graduated with the class of 1955. He was an exceptional athlete and played football and ran track for Marlow. His track records were not broken for many years. He married Margie Harmeyer of Bray on June 29,1956. Ralph joined the Navy and a daughter Shelly was born in Kingsville, TX where he was stationed in 1959. The family returned and made their home in Duncan. A daughter Stacy was an addition in 1969. Ralph was a welder with Halliburton for 37 years. He played fast pitch and slow pitch softball for years. Ralph enjoyed attending Marlow High school football and baseball games. He liked watching on the OU Sooners football and OU girls softball teams play on television. He and Margie had season tickets for the OU girls basketball team. Ralph prized fishing on Pigtail Lake on Harmeyer Hill and helping his brother in law on the family farm. He was an active member of the Stephens United Methodist Church in Duncan, until it closed. He then joined the First Methodist Church in Marlow where he was baptized as an infant.

Ralph is survived by: his wife Margie of the home, his daughter Shelly McKinley and her husband J.D. of West Hurley, NY, Morgan McKinley of NYC, NY, Mollee McGuire of Ardmore, OK, Garrett McGuire and his fiancée Ricki Smith of Ada, OK, three sister-in-laws, Jane Watkins of Duncan, Carolyn Harmeyer of AZ, June Kreiger of Marlow and brother-in-law Lynn Harmeyer and wife Clarese of Marlow. He is also survived by many nieces and nephews who fondly remember him talking like Donald Duck.

He was preceded in death by: his parents, his mother-in-law and father-in-law JD and Grace Harmeyer, a brother-in-law Johnny Watkins, a daughter Stacy McGuire Moore and two infant grandsons, Tanner and Gunner McGuire.


A private, family-only graveside service was held on Friday, October 23, 2020 at the Marlow Cemetery with the Reverend Dale Nease officiating. All arrangements were entrusted to Callaway Smith Funeral Home of Marlow. In lieu of flowers, the family requests donations be made to the Chisolm Trail Hospice or the Cancer Center of Southwest Oklahoma in Duncan.

Online condolences to the family may be made at: www.CallawaySmithCobb.com

To send flowers to the family or plant a tree in memory of Ralph Sy Rigdon, please visit our Heartfelt Sympathies Store.

Receive notifications about information and event scheduling for Ralph

We encourage you to share your most beloved memories of Ralph here, so that the family and other loved ones can always see it. You can upload cherished photographs, or share your favorite stories, and can even comment on those shared by others.

Posted Oct 24, 2020 at 07:04pm
My mind is flooded with so many memories! I fondly remember Ralph, Bill and I (and Danny Nevels) going to Bray many times to watch Margie and the Donkeys play ball! We became quite a cheering team for them! Ralph really loved The Marlow Outlaws and his many memories of the teams and of course Sevil Pickett! We now lay to rest the last of The Three Musketeers-Danny Nevels, Bill Gibson and Ralph Sy Rigdon! In my heart they will always be laughing and enjoying life. Love them all!
Comment Share
Share via:
LT 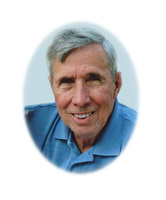