To share your memory on the wall of Rex Russell, sign in using one of the following options:

Rex was born on April 29, 1920 in Wichita, Kansas to R.C. and Vera Russell. He was the oldest of five children. As a very young man, Rex learned the value of hard work, a lesson that served him well all through his adult life. As a young man, he was also a Golden Gloves boxer and earned his aircraft pilot’s license.

Rex met the love of his life, Tully Beth, when she whistled at him as she and her friends were walking down the street and he was driving by. Rex quickly made a U-turn to come back and the rest was history. Rex and Tully married on September 21, 1941 and were virtually inseparable for the next 57 years until she passed away in 1998.

Rex was a WWII veteran and served with honor in the Army Air Corps. He was a mechanic at Greenville (SC) Army Air Base, a pilot training center, working on B25 airplanes used for bombing runs in the European and Pacific theaters.

Rex was a keeper of things. He had enough plastic yogurt tubs to hold every leftover in the Odessa-Midland area. He was practicing “reduce, reuse and recycle” long before it became a popular way of life. He collected all types of gadgets, tools and trinkets. All of which, he found a use for when he was repairing or building something around the house. Later in life, after he retired, Rex found enjoyment in many things. He loved to watch college football and the occasional Nascar race. He kept everyone in the family well stocked on music, episodes of Dancing with the Stars and Turner Classic Movies by recording them all on cassette and VHS tapes and making sure everyone got a copy. If you ever wanted to know what was going on in Port Charles, NY Rex was your go-to-guy, as he never missed an episode of General Hospital. Perhaps the families most favorite treat was the never-ending supply of the most delicious Apple Butter that he gifted to us every year; a beloved recipe passed down from his mother.

Family was the center of Rex’s life. He was proud and honored to be the most amazing husband, Daddy and Papa to his family. He has always been a major presence in the lives of his children and grandchildren. Rex is survived by his two children, Donna Crenwelge and husband Otto, Rex Michael Russell and wife Susan ; six grandchildren: Heather Chesnutt (Keith), Brynton Goynes, Christi Russell, Cody Russell, Hayden Russell (Dannysha), and Rachael Gerner (Josh); and ten great-grandchildren: Emilie, Keeton and Henson Chesnutt, Brantlund and Gregory-Ann Goynes, Peyton Haigood, Dayden, Bowen and Delaney Russell and Tully Counterman.

Rex will forever be remembered for his compassionate spirit, caring heart and unconditional love. Although our hearts are heavy, we will celebrate his life and find comfort in knowing that he has been reunited with his loving wife, Tully, and they will be watching over us from heaven. Go rest high up on that mountain, Rex.

Receive notifications about information and event scheduling for Rex

There are no events scheduled. You can still show your support by sending flowers directly to the family, or planting a memorial tree in memory of Rex Robert Russell.
Plant a Tree

We encourage you to share your most beloved memories of Rex here, so that the family and other loved ones can always see it. You can upload cherished photographs, or share your favorite stories, and can even comment on those shared by others.

Plant a Tree in Memory of Rex
Plant a tree 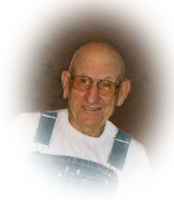