To share your memory on the wall of Wilma Staats, sign in using one of the following options:

Wilma was born Thursday, May 5, 1932 in Bray, to William Christopher and Fay Iola (Hembree) Fine. She lived in the Bray area most of her life and had graduated from Bray High School. She had also lived in Amarillo, Panhandle, Texas, and Waurika. Wilma married her loving husband, Harold Lester Staats in the Three Pines Chapel in Camp Polk, Louisiana on December 2, 1950; they were married for 44 wonderful years before Harold's passing on February 28, 1995. Wilma loved sewing, especially making dresses and quilts. She enjoyed cooking and loved passing on her wonderful recipes to her loved ones. Wilma was a very Godly woman that took great pride in studying her Bible and enjoyed using colored pens for her Bible studying. She loved the letters of Paul when she wanted to learn about something in the Bible she would be totally focusing on her studying.

Along with her husband, Wilma was preceded in death by a son, Doug Staats, her parents, and a brother, Spencer Dale Fine.

Pallbearers will be: her grandchildren.

To send flowers to the family or plant a tree in memory of Wilma Fay Staats (Fine), please visit our Heartfelt Sympathies Store.

Receive notifications about information and event scheduling for Wilma

We encourage you to share your most beloved memories of Wilma here, so that the family and other loved ones can always see it. You can upload cherished photographs, or share your favorite stories, and can even comment on those shared by others.

Gary Price, Paul and Pam Tomlin, and other have sent flowers to the family of Wilma Fay Staats (Fine).
Show you care by sending flowers

Posted Jul 14, 2020 at 09:30pm
We are remembering Wilma and sending love and hugs to each of you. From the families of Walt, Dianne, Dwight, and Justin.

3 trees were planted in the memory of Wilma Staats

Posted Jul 15, 2020 at 05:07pm
May you have comfort knowing she's in God's loving arms. With love and hugs, Gary, Beverly Price and Family

Posted Jul 15, 2020 at 04:38pm
May the memories of the time you shared, with your Mom, give you comfort today and always. Our love, thoughts, and prayers.

Paul and Pam Tomlin purchased flowers and planted a memorial tree for the family of Wilma Staats. Send Flowers 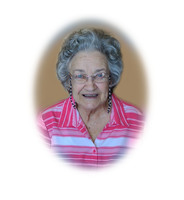 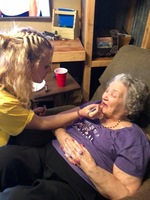 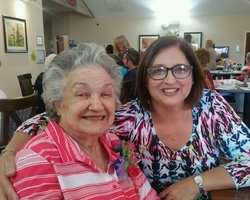 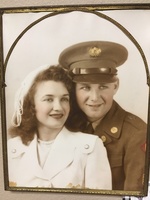